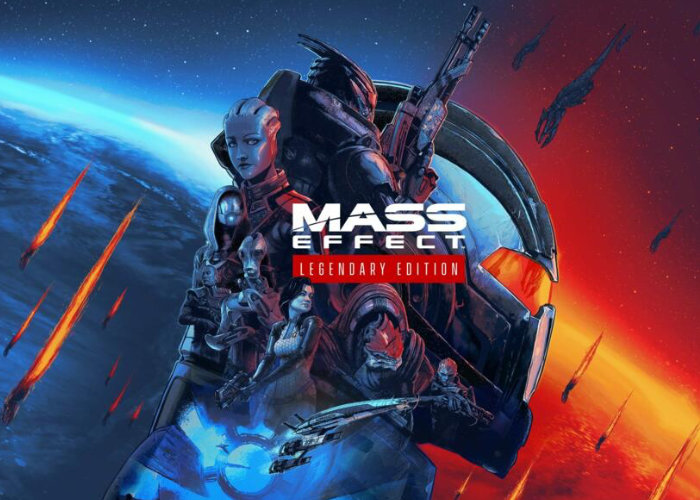 Mass Effect fans or those of you who have not enjoyed the trilogy of games as yet, may be interested to know that EA has this week announced a new remastered collection. In the form of the Mass Effect Legendary Edition that will be officially launching in a few months time and available to play from May 14th 2021 onwards. The new trilogy offers gamers the chance to enjoy the adventure in 4K Ultra HD resolutions and includes over 40 DLCs previously released for the three games in the trilogy, Ma Effect, Mass Effect 2 and Mass Effect 3. “Relive the cinematic saga in stunning 4K with enhanced visuals, textures and models. Including modern graphic improvements, updated UI, and more.”

“Relive the legend of Commander Shepard in the highly acclaimed Mass Effect trilogy with the Mass Effect Legendary Edition. Includes single-player base content and over 40 DLC from Mass Effect, Mass Effect 2, and Mass Effect 3 games, including promo weapons, armors, and packs – remastered and optimized for 4K Ultra HD. The updated trilogy launches May 14 on PlayStation®4 and Xbox One with forward compatibility and targeted enhancements on Xbox Series X|S and PlayStation®5, as well as on PC via Origin and Steam.”

To learn more about the new Mass Effect Legendary Edition jump over to the official EA games website by following the link below, where the new remastered trilogy is now available to preorder ahead of its launch on May 14th 2021.

“The perfect addition to any Mass Effect fan’s collection. This bundle includes a replica wearable N7 helmet with LED light effects, steel case, art print and enamel spinner pin, N7 acceptance letter, and full-color box. Plus, get an exclusive FemShep canvas print when you purchase through the BioWare Gear Store! Note: this bundle does not include the Mass Effect Legendary Edition.”