One of the best games of 2010 Mass Effect 2 is now being released for the PS3 in 2011 after an announcement by BioWare and EA at GamesCom European game trade show.

The hugely popular sequel Mass Effect 2 has already received over 70 perfect scores from media outlets such as the Associated Press, Eurogamer, MSNBC,com, G4TV and the Los Angeles Times, and is the highest rated game in the 15-year history of Bioware and the 28-year history of EA. 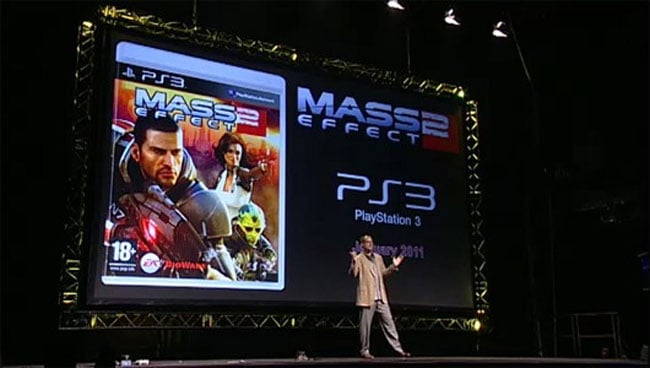 If you have already played the first Mass Effect game on your PS3 you wont be able to import your saved game data for continuity which has been the same for the Xbox 360.

EA has also stated that the PS3 game will include ‘hours of bonus content’, lets hope it similar to the huge amount of updates they have already released for download on the other platforms the game has already been released on.

Via TFTS Via Joystiq