We’re trying hard not to look at this news through the cracked lens of our formerly unshakeable trust in Bioware, but apparently Mass Effect 3 will be trying to go after the ever elusive “larger market”. Just like Mass Effect 2 did, incredibly successfully to boot. So why are we so apprehensive all of a sudden? 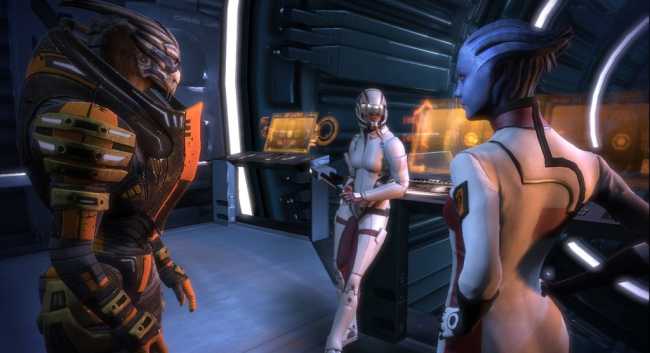 “One of the things that Ray Muzyuka and the team up in Edmonton have done is essentially step-by-step adjust the gameplay mechanics and some of the features that you’ll see at E3 to put this in a genre equivalent to shooter-meets-RPG,” according to EA’s John Riccitiello, “and essentially address a much larger market opportunity than Mass Effect 1 and Mass Effect 2 began to approach.” Make no mistake, the only good news in there is that we get to see it at E3. And some more bad news to pile on top of that; the game is being pushed back to 2012.