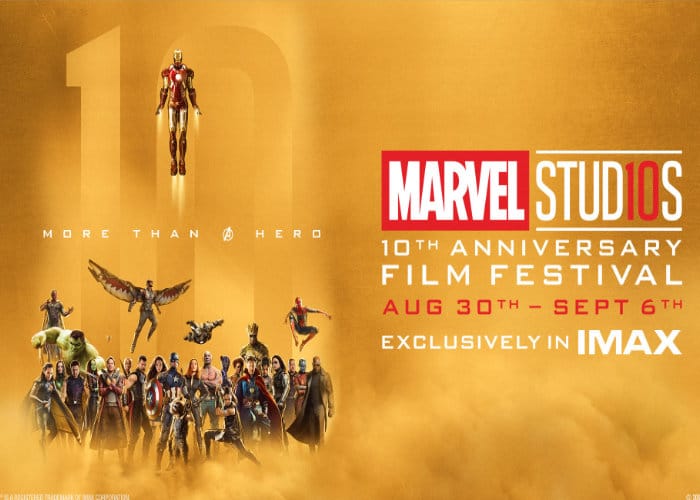 Marvel fans will be pleased to know that all 20 Marvel Studios Marvel Cinematic Universe films are returning to the theatres in glorious IMAX as part of the Marvel Studios 10th Anniversary Film Festival, celebrating the 10 year anniversary. To honour 10 years of filmmaking at Marvel Studios, starting August 30th 2018 and running through until September 6th 2018, all twenty films spanning the entire Marvel Cinematic Universe will be returning to theatres. Tickets can be purchased from Fandango.

“Beginning with Marvel Studios’ “Iron Man,” the first film to kick off the Marvel Cinematic Universe, and all the way through this year’s releases of “Black Panther,” “Avengers: Infinity War,” and “Ant-Man and The Wasp,” will playing exclusively in IMAX on select IMAX theatres across the United States and Canada. Three films, “Iron Man,” “The Incredible Hulk,” and “Captain America: The First Avenger” have never been seen in IMAX.” 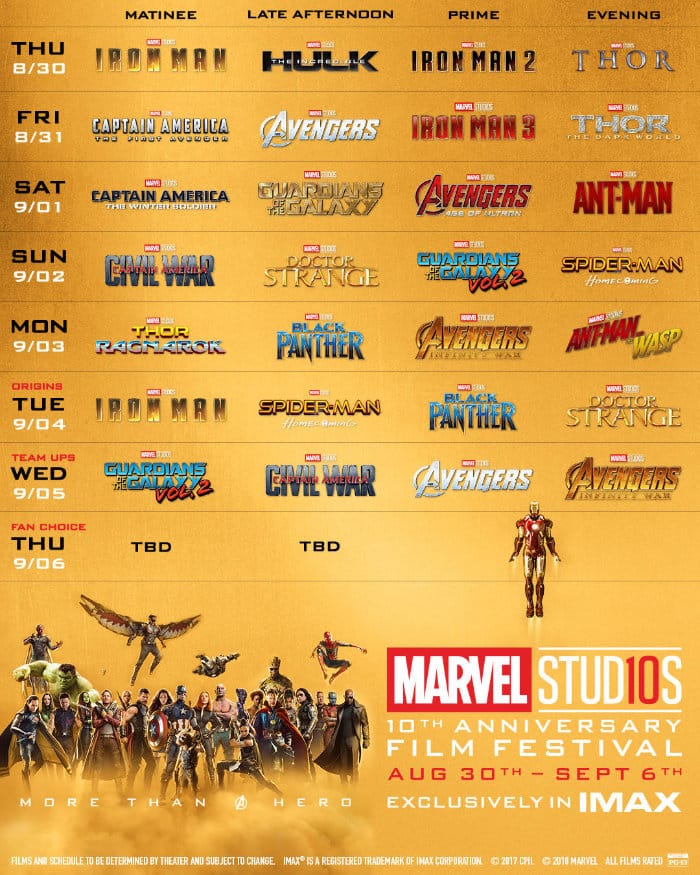 “Marvel Studios’ 10th anniversary begins with the release of “Avengers: Infinity War” and covers an impressive decade of Marvel Studios’ blockbusters released from 2008 through the “Avengers” untitled film in 2019. In celebration of the anniversary, fans can expect exclusive consumer products and collectibles, along with in-theater events and much more in the coming months.”

Marvel Studios’ unprecedented success over the last ten years is reflected in its cumulative box-office receipts of over $13.5 billion worldwide. For more information jump over to the official Marvel website by following the link below.