Marvel fans might be interested to learn that the new Marvel Cinematic Universe: Phase One – Avengers Assembled box set which was leaked by an Amazon listing last month.

Has now arrived on Amazon and is now available to pre-order for just shy of $140, which shipping expected to start on September 25th 2012. Watch the promotional video after the jump. 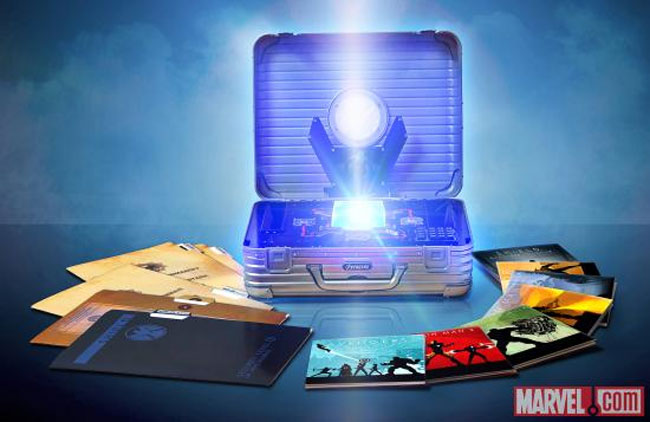 The Marvel Cinematic Universe: Phase One – Avengers Assembled box set includes 10 Blu-ray disks and comes complete with a glowing Tesseract, all encased in a replica of Nick Fury’s iconic briefcase.