A soon-to-be newlywed couple have just put a fresh spin on the staid practice of inviting relatives and friends to their nuptials: re-used rolls of 35mm film. 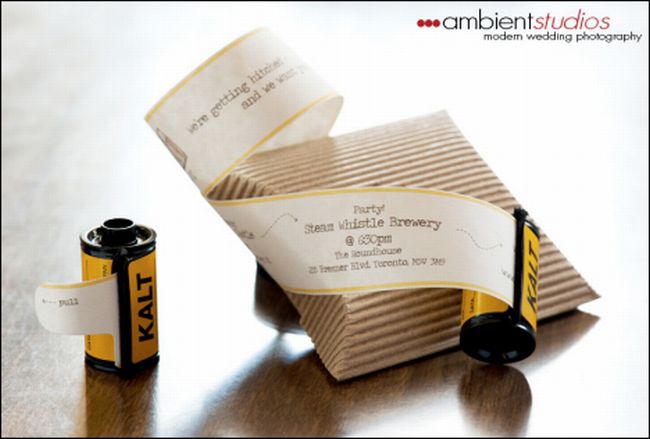 What increases the neat-o factor here is pulling off a similar stunt can be done without any expense. All you need is a bunch of 35mm rolls that can e had from the following sources:

Even better, there’s isn’t a lot of craftsmanship involved when preparing the invites. Just roll in a length of paper where all the necessary details are and viola! It’ll be ready for action.

Here’s one half of the creative couple explaining away:

“These specific invitations weren’t actually made from recycled canisters, they are actually re-useable canisters which are specifically made for photographers who shoot with film and load their own 35mm bulk film. They can be re-used as actual functioning film reels both before and after putting their new life as a wedding invite.”