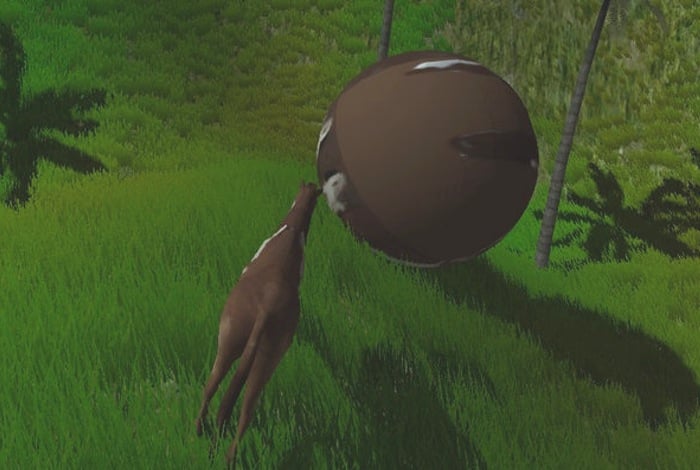 The new Cliffhorse game took Notch around two hours to build, using free Unity game engine assets and was created after he watch a stream of Skyrim and joked at the very unique horse physics within the game.

If you are interested the new Cliffhorse game its now available to download via the Steam Greenlight service and is available to purchase “early access” to Cliffhorse, although unnecessary, using the virtual currency dogecoin. Notch explains a little more about the games inspiration over on Reddit :

“I was watching PewGeminiLive streaming a blind playthrough of Skyrim, and kept jokingly referring to the game as “Cliffhorse” because of the hilarious horse physics. After a while, people started saying I should make that game, and I said sure. About two hours and a bunch of free Unity assets later, Cliffhorse was done.

It somehow turned into a “haha only serious” take on some of the more embarrasing minimum effort greenlight games (and the amazing success of Goat Simulator), and it seemed to me like the “haha only serious” angle of Dogecoin was the perfect match for it. I also threw in a loving jab at paying for early access, which is how Minecraft got here at all.

Is ironically buying an ironic game for ironic money actually ironic? I don’t know. Does it have to be? In a world where The Colbert Report contains more actual news than Actual News, subversion through humor seems to be one of the best things going on. I love cryptocurrency, and I love the way Dogecoin deals with it.”

For more information on the new Cliffhorse game jump over to the Steam Greenlight website for details and to download. Enjoy!