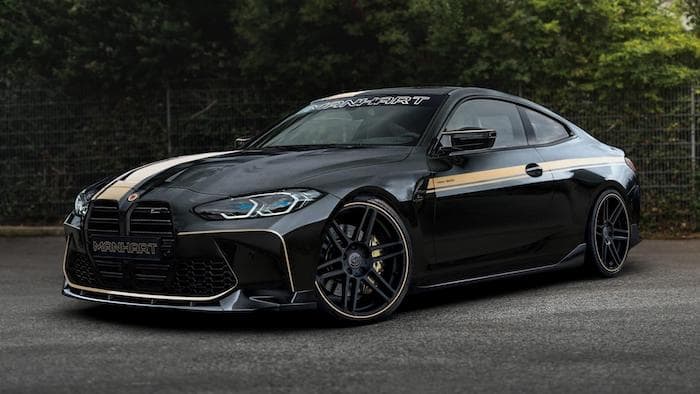 The new BMW M3 and BMW M4 Competition were revealed last week, the cars come with 510 horsepower, although Manhart has given them some upgrades and their versions have 620 horsepower. 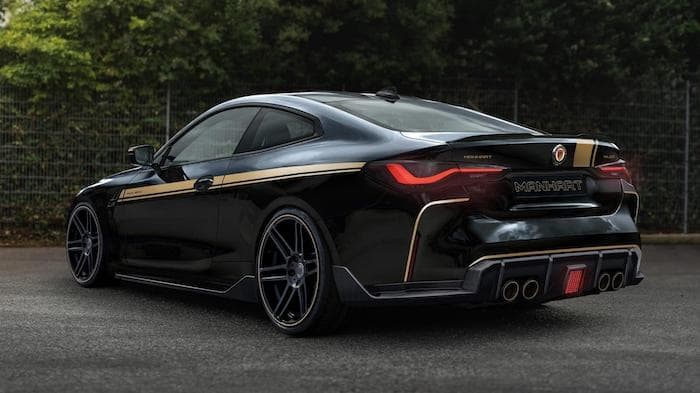 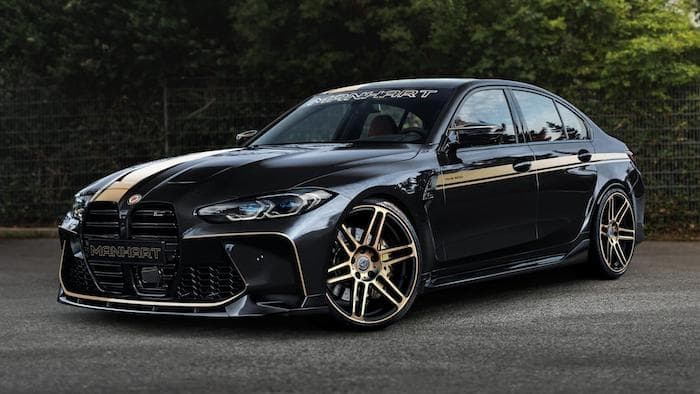 In addition, MANHART Performance will offer lowering springs made by H&R for the new M3 four-door and the new M4 two-door, as well as the in-house developed Concave One forged wheels in the dimensions 9.0×21 inches, with 265/30R21 tyres on the front and 10.5×21 inches with 305/25R21 tyres on the rear axle. As an option, the rims can have the MANHART-typical gold pinstripe. A decal kit with golden touches will be available for the body work of the MH3 600 and MH4 600. 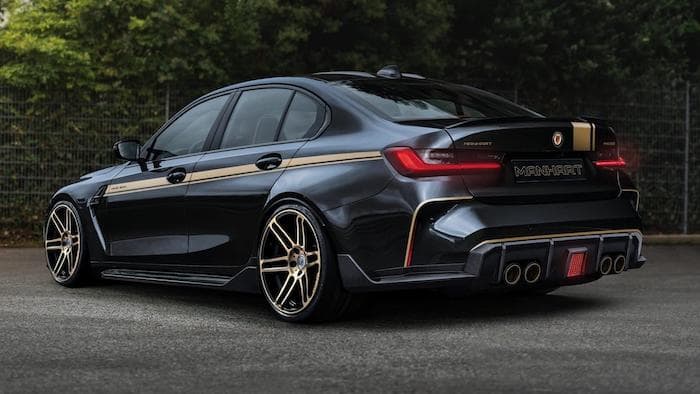 You can find out more details about the new Manhart MH3 600 and MH4 600 over at the company’s website at the link below.