It has been discovered that the new Windows Phone Mango OS will bring a few surprise features with it when its launched next month. One of which is a new Internet Sharing feature that will allow users to use their Mango devices as a mobile hotspot supporting connections for up to 5 devices.

The screenshot below has been taken from a Samsung Focus running Mango and connectivity apparently “works like a charm”. However the downside to the new Internet Sharing feature is the amount of battery power it consumes. 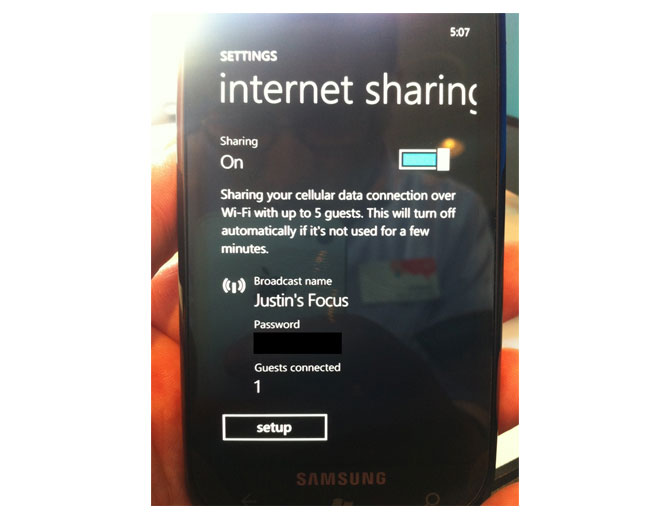 But still it will be a useful feature to have on your device and if you are close to a power socket you have nothing to worry about.

The version running on the Samsung Focus is mango 7720.68 but apparently it has been flash by a Microsoft employee and the features are expected to be available via a carrier update as they are not currently enable as default.