A new type of open source 3D printer called the Mamba3D has been unveiled this week and its creators MyMatics are shortly set to launch a new Kickstarter crowd funding campaign to help construct the first Mamba3D 3D printers.

Mamba3D is an all metal 3D printer and has been built to provide users with a 3D printer that is accurate, reliable, easy to use and affordable. For a glimpse of the new Mamba3D check out the video after the jump. 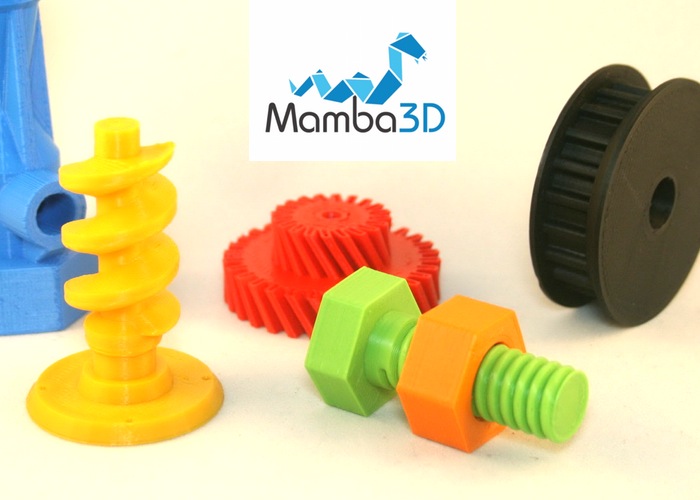 The Mamba 3D printer is offers a 200mm x 200mm x 200mm build volume and a layer resolution of up to 50 microns using a 0.4mm nozzle. MyMatics explain:

“The Mamba 3D printer is our 3rd prototype and finally meets our high standards. We broke down the 3D-printer concept to it’s basics. By doing this, we were able to focus on the high capabilities of the printer.”

Full Mamba3D specifications and hardware details are currently available from the Mamba3D website. However we will need to wait until the Kickstarter campaign starts to know what price structure the Mamba3D 3D printer will be offered to Kickstarter backers. When this happen we will keep you updated as always.