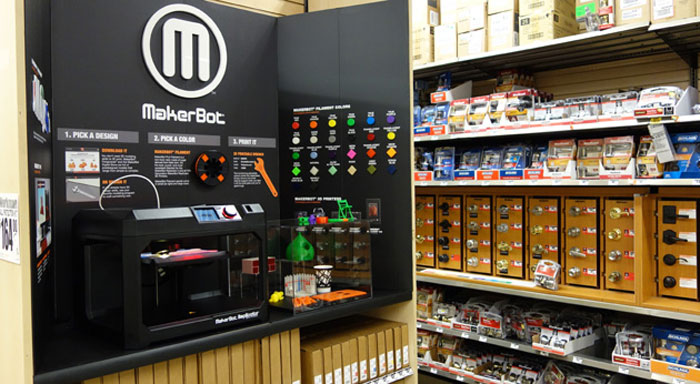 MakerBot makes some of the most popular and capable 3D printers on the market. One of the things that would make them more popular is if they were easier to buy and available to see demonstrations before buying. MakerBot and Home Depot have announced that the 3D printers are now available in a dozen Home Depot stores in the US.

The idea is to get the 3D printer into a mainstream location to help get awareness of the products up. It seems like a strange place to show off a high-end and expensive 3D printer. However, Home Depot is the place where many DIY fans go to get the hardware they need for their projects. In that aspect, putting 3D printers into home Depot locations makes sense.