Google has been working hard lately revamping a number of its applications and services and soon Gmail will also be receiving a major update and new user interface redesign. The new Gmail interface is based on the Preview theme that is already available in Gmail. But new features will also be arriving with the update, including a new action bar that uses icons instead of the traditional text labels Google has used in the past.

Together with a flexible layout design that you can adapt to fit any window space that you desire. Watch a video after the jump running you through some of its new features. 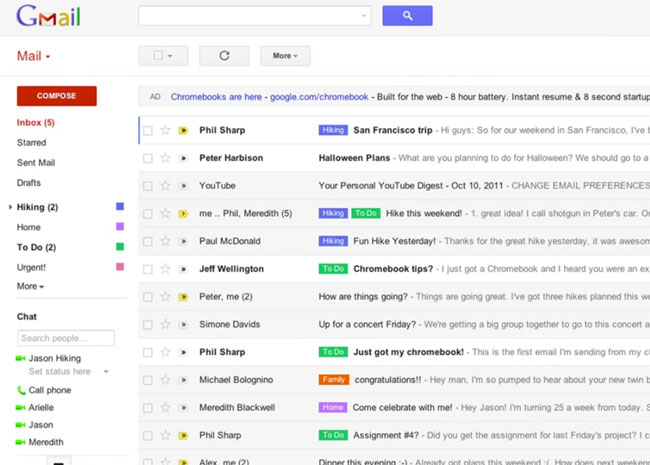 The Conversations section of Gmail has also received a facelift in the new update and is now equipped with a redesigned user interface with profile pictures next to contacts. Other new features also include display density options just like in Google Docs, recyclable chat/labels sections and plenty of new high definition themes to choose from.

Gmail’s search box has also received an update which now provides it with advanced search option’s. The new Gmail update is expected to land very shortly so keep your eyes peeled.