If you are big on social networking, but want to meet those social contacts in the real world a new device called magnetU might be just what you need. This little device looks like a small iPod that the user wears. It pairs with an app operating on the smartphone that you program with your details and likes appernerlty. 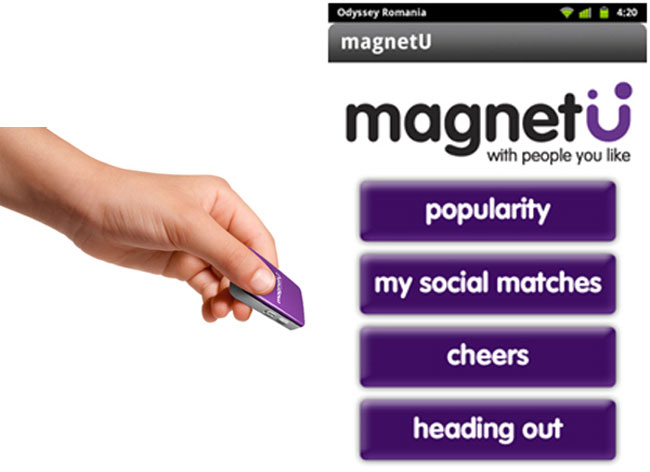 As you move around school or a club wearing your device or just walk down the street it will seek out any other users of magnetU in the area and if you are into the same things it will connect you. You can also touch the devices together and swap details with anyone you want.

The idea is to socially connect people without them having to do anything. The magnetU will do all the work. The device seems very limited in its usefulness to me. There would need to be a bunch of people using it or the service would be of no value. It will launch in select cities and at select universities in the coming weeks and the hardware will cost $23.97.