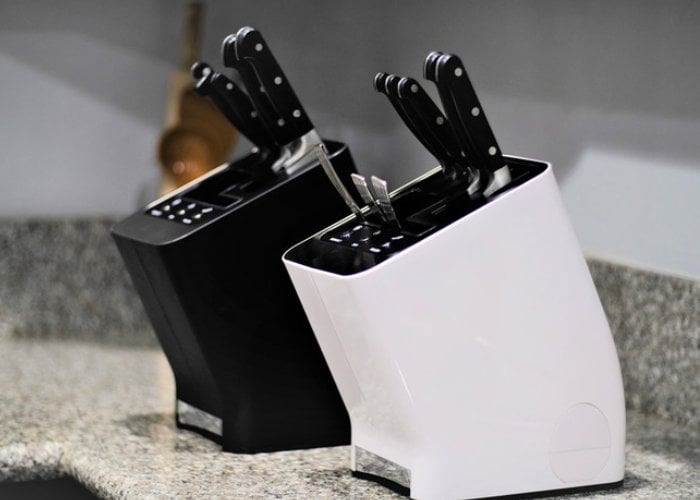 The Magicblock kitchen knife block has been created to provide users with an industry grade automated sterilisation system for your kitchen utensils and knives. Learn more about the aptly named Magicblock and it sterilising technology by watching the demonstration video below.

Designed to remove the threat of food borne illnesses as well as provide an easy access knife sharpener the Magicblock has taken to Kickstarter this month to raise the required funds needed to make the jump into production. Earlybird pledges are available from $85 or roughly £69 and worldwide shipping is planned to take place during December 2019.

“Food borne illnesses are a real everyday threat. Every year, about one in six Americans get sick, 128,000 are hospitalised and 3,000 die of food borne diseases according to the CDC. With the Magicblock the chance of food borne illnesses are greatly reduced.” say its creators. For more information and a complete list of all available page options jump over to the official Kickstarter project page by following the link below.