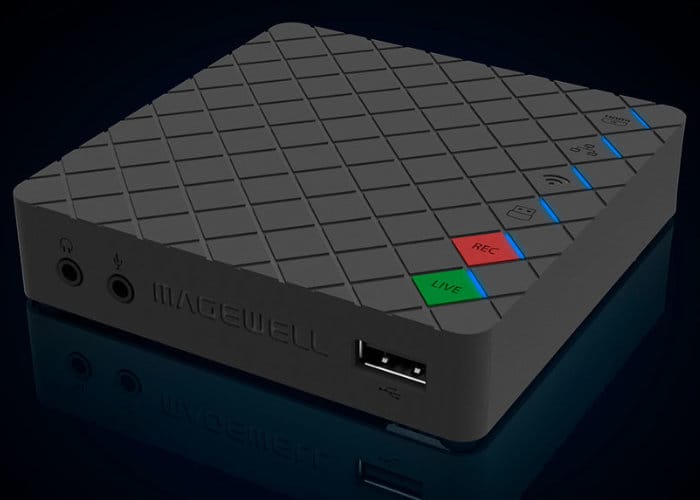 At this year’s NAB 2018 show starting on April 7th Magewell will be showcasing their new Ultra Stream HDMI Standalone Streaming Encoder, which has been designed for those who would like to stream but may have very little technical knowledge. Providing an ideal solution for those looking for an easy-to-use streaming system using HDMI.

Removing the need for a laptop or browser-based interface to set up the streamer, Magewell has designed the system to be set up and configured using a Bluetooth connection to your iOS or Android application pre-installed with the free Magewell app. “Once security, encoding and destination parameters have been set, recording and live streaming can be started and stopped directly with physical buttons on the Ultra Stream unit or via virtual buttons in the app.”

The encoder also supports 4K HDMI inputs at 60fps with 4:2:0 colour subsampling, down-converting them automatically to HD for recording and streaming, and is the first of multiple planned models that are expected to be released in the Ultra Stream family. The Ultra Stream HDMI captures, encodes and streams video up to 1080p 60 via an HDMI input connection from a wide variety of video sources such as Blu-ray players, games consoles and camcorders.

“While the combination of our capture devices with software from our third-party partners continues to deliver powerful benefits, many customers have a need for a compact, standalone streaming device that doesn’t require a computer to configure or use,” said Nick Ma, CEO and CTO at Magewell. “The Ultra Stream HDMI is ideal for these users, particularly those with limited technical experience. Smartphones are nearly ubiquitous these days, making them a natural and intuitive interface for controlling an encoder. Ultra Stream HDMI enhances the role of smartphones in Internet content production and sharing, and anyone familiar with a modern mobile device can easily configure and master operation of the encoder within minutes.”

For more information and full specifications jump over to the official Magewell website.