Gamers and sports fans looking forward to the launch of the new Madden NFL 25 game later this month might be pleased to know that a demo of the Madden NFL 25 game will be made available by EA two weeks before the game officially launches.

The new Madden NFL 25 game demo will be available to play and test from August 13th 2013 and will provide you with a great way to whet your appetite for the new game and its features before you buy. 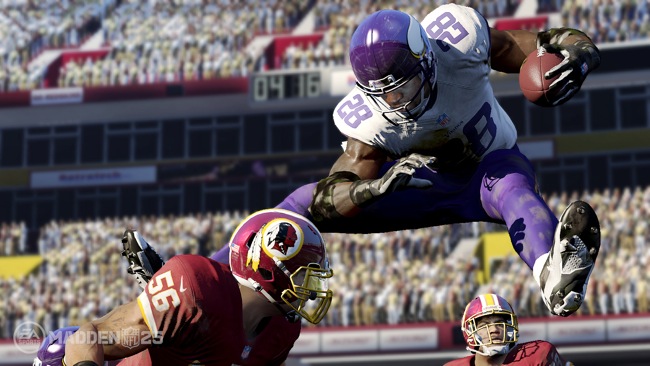 The new Madden NFL 25 demo allows players to enjoy a replay of the Super Bowl between San Francisco and Baltimore, and Seattle at Green Bay and will be available to download from Xbox Live and PlayStation Network.

Madden NFL 25 includes new enhancements that include upgraded graphics, better real-time physics, new running controls, and a reactive environment, including a playing field that wears out in high-activity areas to name juts a few.