Designer Jules Moretti has dreamed up a concept for a new Apple product called the MacPad Pro, which incorporates a touch screen keyboard and combines both the iPad and Macbook Pro.

The design combines two touch screens similar to the existing Apple iPad together with a hinge and sprinkles in a few thunderbolt, USB and a power connections for good measure, together with an SD card reader. 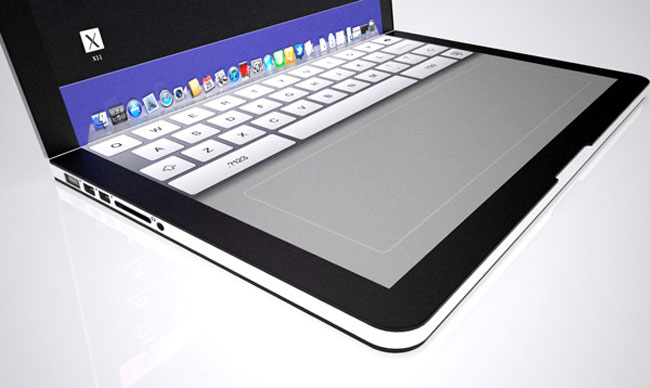 From the details provided its not made clear as to whether the devices can be laid flat and used as one big tablet, but it looks like it from the design of the hinge. Jules explains:

“Is this next? Apple to release new version of MacBook Pro. Here is a sneak peek to one that has 2 touch screen on both display. NO MORE physical keyboard!! And thinner. New retina displays on both.Also no more Ethernet Port, 2 Thunderbolt and 3 port for usb 3. Not to mention thinner and lighter by 25%.”

The sleek looking concept definitely has Apple’s styling but whether Apple would create such a device is still unknown, we can always stay hopeful.