Apple has only just unveiled their new 13″ MacBook Pro Retina Display system during the Apple Special Event earlier this week, but that hasn’t stopped the iFixit team, getting busy with their toolbox and dismantling the new Apple MacBook Pro 13″ Retina Display revealing its workings for all to see. 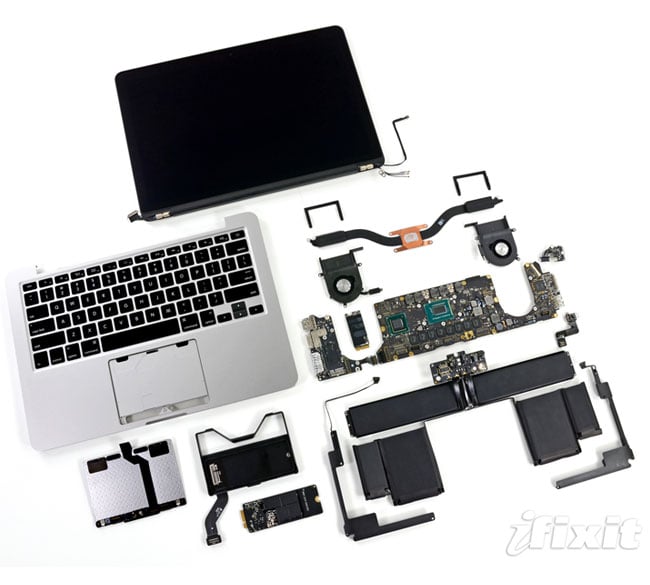 During the teardown iFixit discovered that the MacBook Pro 13″ Retina Display’s battery is glued into the laptops case, and the proprietary pentalobe screws prevent you from gaining access to anything inside. They also explained that the display assembly is almost impossible to take apart, and will be required to be fully replaced if anything goes wrong.

After completing the teardown, iFixit awarded the new MacBook Pro 13″ Retina Display with a repairability rating of 2 out of 10 (10 is easiest to repair). For the full teardown jump over to the iFixit website.