If you are one of the Macbook Air owners who’s official Apple USB Adapter is giving you a few problems, there maybe a fix that can help you work around the problem.

A post on the Apple support forums has been gaining length as users report problems with the USB Ethernet adapter. With some users reporting that it does work but only in the right hand side USB port while other say it doesn’t work in either. 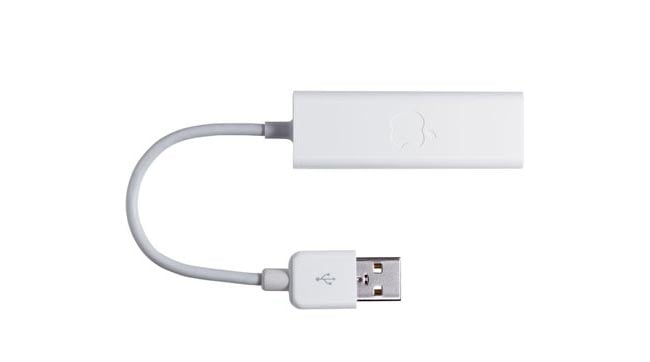 However the problem is not the USB Ethernet adapter itself, since all seem to work on other Mac systems. But a simple work around might solve the issue for you.

If you create a new location in Network Preferences and then try connecting the USB Ethernet adapter again, this does seem to solve the problem.

Being such a small problem it shouldn’t take long for Apple to issue and official fix.