Apple’s latest OS X update 10.6.8 has brought with it TRIM an great new feature for Mac’s fitted with solid state drives. TRIM support enables your SSD to write data on top of deleted data without the need for another cycle first speeding up your machine considerable and stopping it becoming progressively more sluggish.

Unfortunately though if you have added your own personal SSD to your Mac system the new update will not add the TRIM feature and support to your SSD. As Apple has rolled out the update to only support official SSDs, rather than third party SSDs. 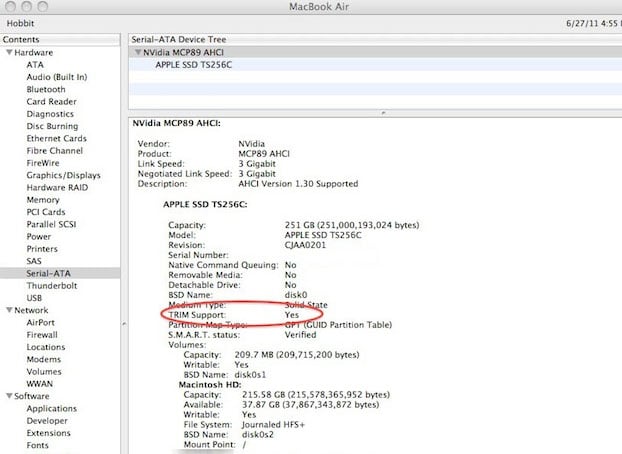 Apple originally enabled the feature in a custom build of OS X 10.6.6 for early 2011 MacBook Pro system fitted with and SSD, but has now rolled out the update  to all systems with official solid-state drives.