Slingshot master Joerg Sprave has been at it again this month creating a monster of crossbow in the form of a modified M16 rifle, that shots aluminium quarrel/arrow.

The M16A1 weapon has been modified with a crossbow upper that converts the gun into a powerful, arrow shooting crossbow. Watch the video after the jump to learn more about the M16-Based Crossbow project and see it in action. 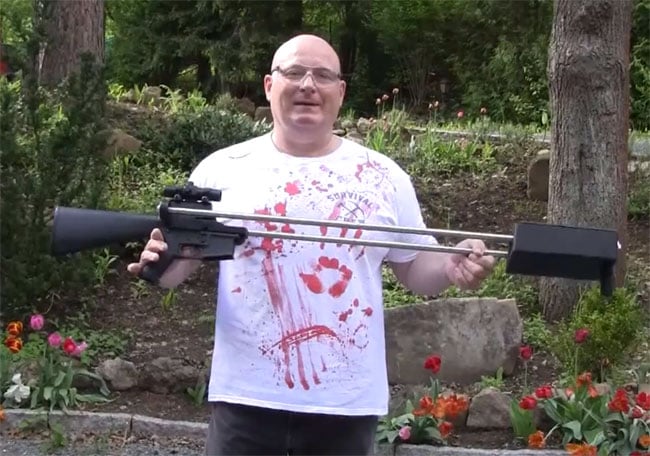 “Introducing the RUB-15, the world’s first rubber powered conversion kit for the M16 and AR15 rifles. The RUB-15 features a built-in silencer box, which also protects the bands from sunlight. The box has enough room for a Zippo pocket warmer, so the weapon can be used even in cold winters. “