Because augmented reality is coolest through your glasses, an emergent technology outfit called Lumus are hard at work on a real gamechanger. Seen below is their 720p ‘Lumus Solution’ eyewear, which look at little too boxy in the mold of vintage 80s tech but do mark a huge leap forward for displays. Rather than handheld, Lumus are harbingers of a new era for consuming media, whethe rit’s wathcing a streamed program or checking email. 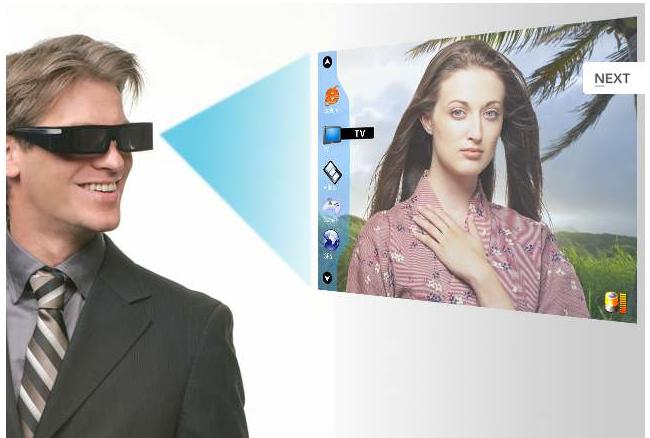 The coolest part, however, is the glasses have augmented reality features that are exclusive to the wearer. Whatever you see is seen by you and you alone. This is possible thanks to a pair of embedded light pumps that power the lens. Though the Lumus eyepiece projects images across a person’s field of vision, it does not render them oblivious to their surroundings. it’s see through.

The bad news is Lumus’ technology is so cutting edge, it might take a little extra time before it wows the world. For best results, try to catch Lumus at this year’s CES in Vegas.