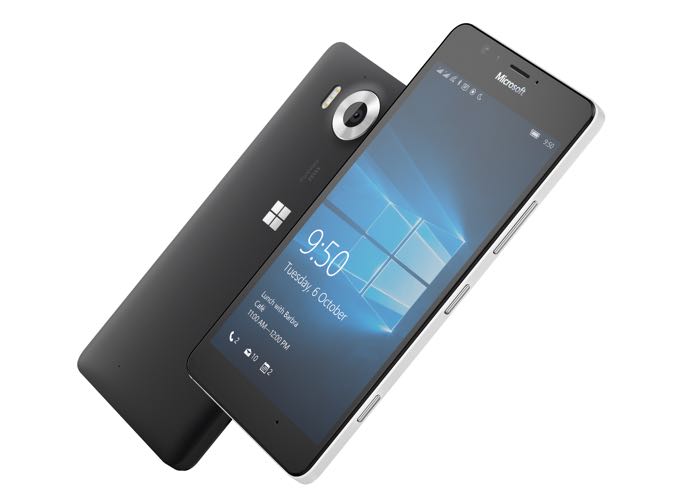 According to a new report, the Lumia 950 will go on sale on AT&T from November 20th with the pre-orders expected to kick off on November 12th. Reports suggest it will come with a $99 on-contract price, while the off-contract price is said to be $549.

Reports suggest that the delay in the launch is due to the Windows Hello iris scanner. In case you’re not aware, it’s an improved security feature which uses the front-facing camera to use facial recognition to unlock your device. There’s no word if it will be available at launch, but we’ll just keep our fingers crossed.

As far as the specifications are concerned, the handset will come with a 5.2-inch display sporting a resolution of 2560 by 1440 pixels, a Qualcomm Snapdragon 808 processor paired with 3GB of RAM and 32GB of internal storage. There’s a microSD card slot for expansion, Type-C port, a 20MP rear camera for photos and videos, 5MP front-facing camera, a 3,000 mAh battery and ships with Windows 10 as its operating system.

The handset will also hit retail at Microsoft Store in unlocked flavors in the coming weeks so if you don’t want to sign up a contract and have no issues spending a little extra, you have an option.