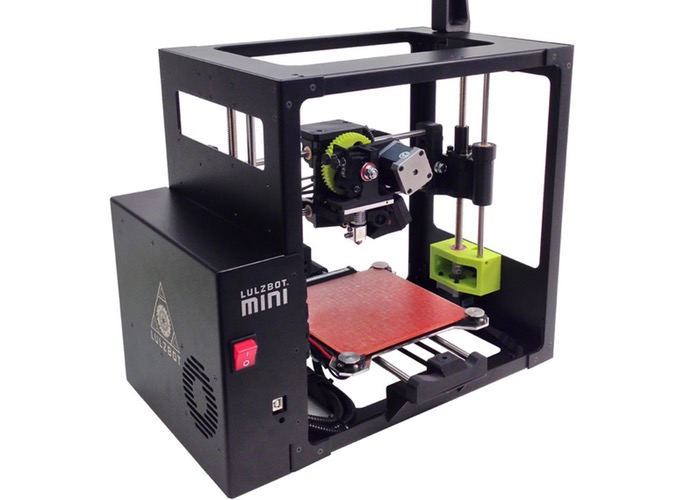 Aleph Objects has unveiled its new LulzBot Mini 3D printer which was officially unveiled late last year and now has been officially launched to the masses at this years International CES 2015 technology event.

The Aleph Objects LulzBot Mini 3D printer is equipped with a self-levelling bed similar to that provided by the Kickstarter crowd funded CEL Robox 3D printer.

The difference with the LulzBot Mini self-levelling 3D printer when compared to other 3D printers on the market is that the LulzBot Mini is an open source printer. With its parts and suppliers open to the public from prototype to production, Jeff Moe, President and CEO of Aleph Objects explains :

“Thanks to our active community, the LulzBot Mini is coming to market with technology that has already undergone thousands of hours of use and testing. It’s this ongoing dialogue with our users that has not only driven and informed the development of our new printer, but also enabled us to deliver a 3D printer that we believe is best in its class.”