3D seems to be the popular format for movies this year, but if you wanted to make your own 3D movie, you would have had to shell out around $20,000 for a 3D video camera.

Scientists at the Weber State University have come up with a innovative solution, that lets you shoot 3D video, with two cheap hand held video cameras and a few other parts that costs a total of $250. 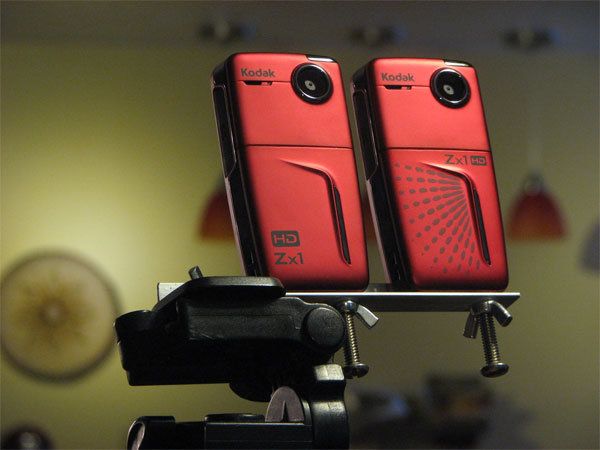 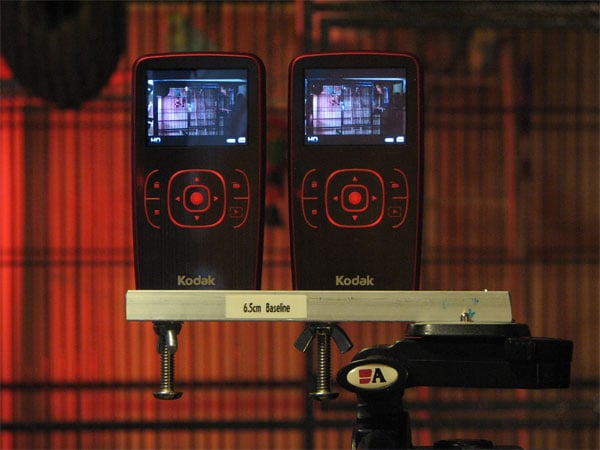 Scientists at the University’s Scientific Analysis and Visualization Initiative used two Kodak ZX1 pocket HD video camera and an L shaped aluminum bar and some screws, the cameras were then placed  6.5cm apart, which is apprently the correct distance to film in 3D.

You can see the results in the video below.

This is a great idea and a very cheap solution, no doubt we are going to see a lot of 3D homemade videos appearing on the web over the next few months.