Some of our readers will remember the Zaggmate iPad keyboard case that was available for the first generation iPad last year, there is now a new version available for the iPad 2, although this one is made by both Zagg and Logitech.

The New Logitech iPad 2 keyboard case looks very similar to the first one for the original iPad, although the new version has been designed to fit the new slimmer design of the iPad 2. 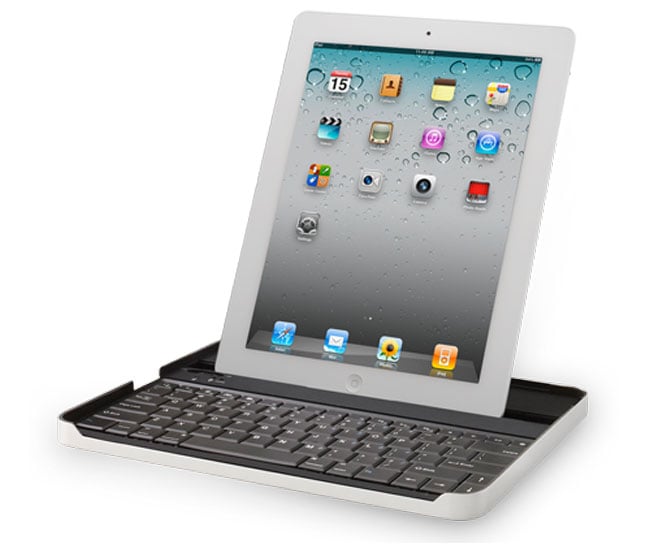 The keyboard in the case connects to your iPad 2 via Bluetooth, and the inside of the case is lined to make sure it protects your iPad, it will be available shortly from Logitech for $99.99.

You can find out more details about the new Logitech Zagg iPad 2 keyboard case over at Logitech.