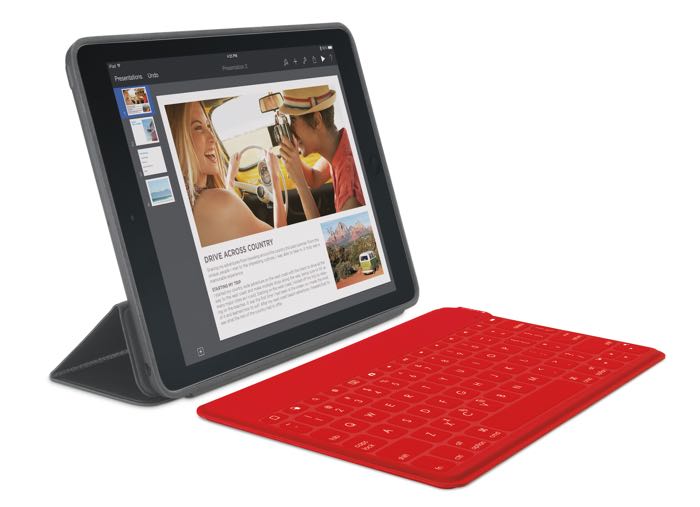 Logitech has launched a new accessory for Apple’s iPads, the Logitech Keys to Go, which is a potable keyboard for the iPad Air 2 and other Apple tablets.

The Logitech Keys To Go keyboard is designed to be portable and easy to carry around, and it will work with a wide range of iOS devices, including, the iPhone, iPad and Apple TV.

“People use their iPads everywhere and the Logitech Keys-To-Go was specifically designed to effortlessly support people’s active lifestyles,” said Michele Hermann, vice president of mobility at Logitech. “We have introduced the Logitech Keys-To-Go and updated our existing award-winning lineup of iPad keyboards for the new iPad Air 2 to offer a suite of products that perfectly complement the mobility of the iPad. So, whether you’re a mother or father taking your iPad from the kids to type a quick note, or a traveling executive catching up on email, you can have easy access to typing when you need to say more.”

You can find out more details about the Logitech Keys To Go keyboard over at Logitech at the link below, the device is now available to pre-order for £54.99 and it comes win three colors, black, red and blue.