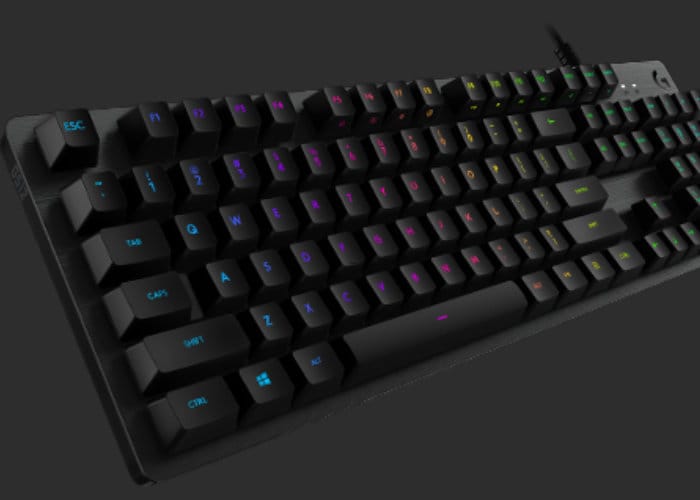 Today Logitech has announced the launch of their new Logitech G512 mechanical gaming keyboard which are available with a choice of Tactile, Linear or GX Blue key switches priced from $99 or £109.99. While the G513 Mechanical Gaming Keyboard with GX Blue key switches is expected to be available imminently in the United States, Canada and select countries in Europe priced at $149.99.

The Logitech G512 and G513 keyboards feature an anodised and brushed aircraft-grade 5052 aluminium top case, together with an integrated USB cable offering USB 2.0 passthrough port to its own input for 100 percent power throughout offering 1 ms report rate and featuring choice of advanced Romer-G Tactile or Romer-G Linear mechanical switches.

The Logitech G512 has been designed to offer gamers a “high-performance mechanical gaming keyboard” designed and built using inspiration and components from the award-winning G413 and G513 computer peripherals. “We’re excited to bring more choice to gamers,” said Ujesh Desai, vice president and general manager of Logitech Gaming. “With three different mechanical switch choices now on our Logitech G512 and G513 keyboards, gamers can pick the switch profile and experience they want.”

Logitech have also announced early access to a new software experience named G Hub which is expected to be available during July 2018. For more information on all the new components unveiled by Logitech this week jump over to the companies official blog by following the link below.