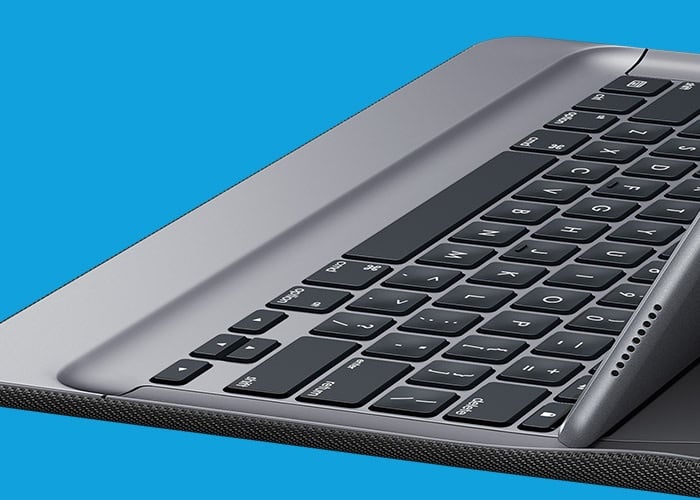 During the Apple September 9th, 2015 event that took place yesterday Apple unveiled their new larger iPad Pro tablet that is equipped with a huge 12.9 inch Retina display sporting a resolution of 2732 x 2048 pixels and 264 ppi.

As well as unveiling their new iPad Pro tablet Apple also unveiled new accessories for the latest addition to their iPad range, with the unveiling of a new keyboard case and the Apple Pencil.

The Apple Pencil takes the form of a digital stylus that has been specifically designed to be used with the new larger iPad Pro hardware. As you can expect there will be plenty of new third-party accessories for the latest iPad Pro being unveiled over the coming weeks, and Logitech has already unveiled their new iPad Pro keyboard in the form of the Create. Logitech explains more about its design and functionality:

Beautifully productive. Uniquely connected. Smart is beautiful. And with the new iPad Pro Smart Connector it’s also powerful. So we’ve worked closely with our friends at Apple to design CREATE — the perfect companion for their biggest, boldest iPad yet.

CREATE is our best iPad keyboard. Ever. Powered by the iPad Pro via Smart Connector, it never needs charging. With a direct magnetic connection it never needs pairing. And since it’s from the keyboard experts, CREATE always provides the world-class typing experience you’ve come to expect from Logitech. Shhh. We can’t say more right now. But we can say CREATE will make more possible with your iPad Pro. From day one.

Unfortunately no information on pricing has been released as yet, but as soon as information comes to light we will keep you updated as always. Expect to the Logitech Create iPad Pro keyboard to be available as soon the iPad Pro launches later this year.