The Logitech Call of Duty: Modern Warfare 3 Laser Mouse G9X offers laser precision at any hand speed up to 165 inches per second, and allows you to adjust its dpi on-the-fly from as little as 200 dpi up to 5700 dpi. The mouse wheel provides 2 functions : either a click to click or frictionless motion together with the ability to save up to 5 ready to play profiles within its on-board memory. 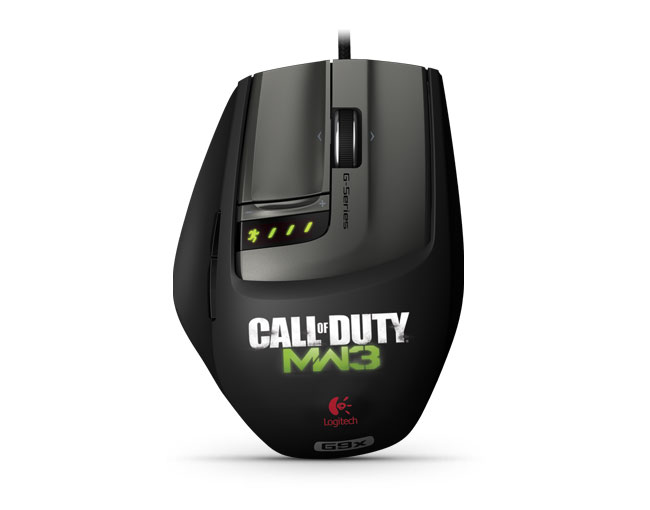 The Logitech Gaming Keyboard G105 features six programmable G-keys, each with three mode states, allowing you to configure up to 18 possible macro combinations in any game you play, and even allows you to record new macros on the fly during gameplay. It also includes an optimised key matrix designed to let you use more keys simultaneously in FPS games, while convenient, one-touch controls give you instant access to volume, start, stop, pause, forward and back functions. 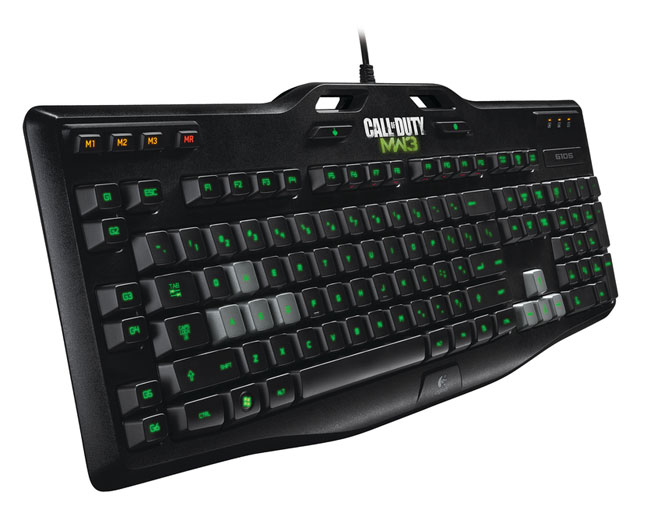 The Logitech Laser Mouse G9X and Gaming Keyboard G105 will set you back $79.99 each