Anyone looking to monitor anything during the data d night might be interested in the new Logitech Alert 750n Indoor Master System, which ash been announced by Logitech this week.

The Logitech Alert 750n has been designed to provide users with a complete security system in one. Allowing them to view anything you like day or night without needing to be onsite. 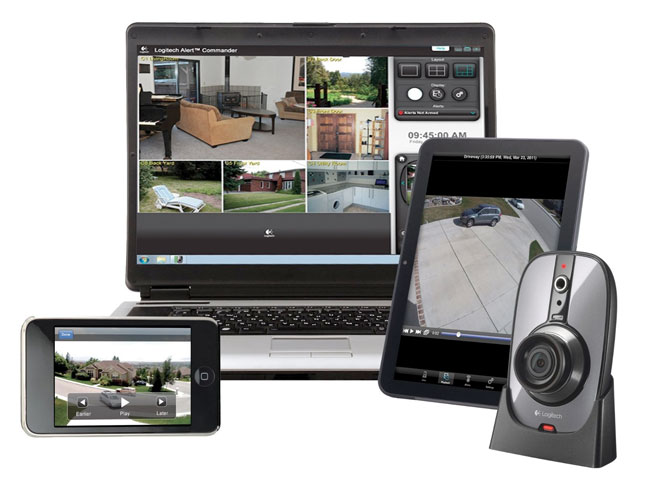 The Logitech Alert 750n streams high definition video at a 960 x 720 resolution at 15fps, and is equipped with a 130-degree wide-angle lens. Together with a powerful night vision which Logitech says delivers up to twice the viewing area compared to standard cameras. James Lopez, general manager of digital video security at Logitech explains:

“By bringing our night vision capabilities to indoor cameras with the Logitech Alert 750n Indoor Master System and the Logitech Alert 700n Indoor Add-On Camera, you get a premiere security system package,” “The wide angle lens gives you the ability to see up to twice as much viewing area, even in complete darkness. And if there is motion on your property, its automatic alerts let you know about it in an instant – even if you’re out of town.”

The Logitech Alert 750n Indoor Master System and Logitech Alert 700n Add-On Camera will be arriving this month in the US and Europe for a suggested retail price of $299.99 and $229.99, respectively.