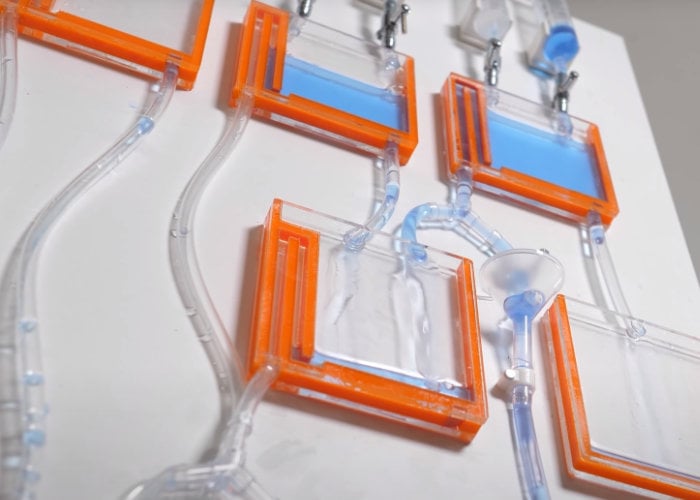 “In its most basic form, a computer is a collection of powered and unpowered circuits and transistors. A logic gate is a series of transistors connected together to give one or more outputs, each output being based on the input or combination of inputs supplied to it.”

“Computers add numbers together using logic gates built out of transistors. But they don’t have to be! They can be built out of greedy cup siphons instead! I used specially designed siphones to works as XOR and AND gates and chained them together so they add 4 digit binary numbers.”