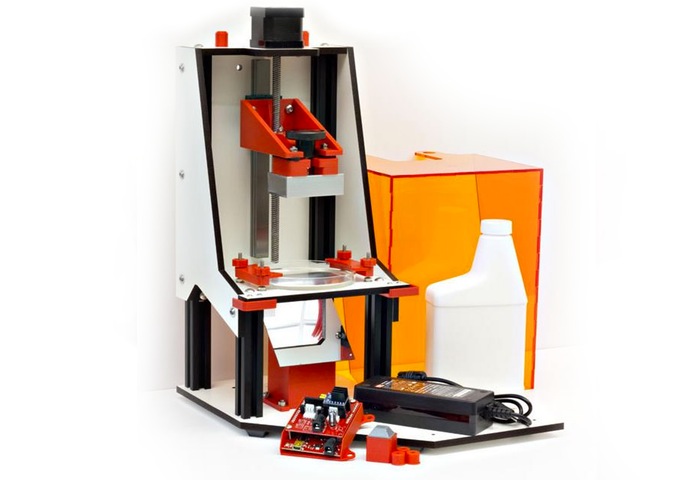 The LittleRP 3D Printer kits will be priced at $475 for early adopters and $499 for late backers of the project. Offering owners a 3D printer capable of a stepper resolution of .005mm and 25/50/100 micron recommended layer heights.

“The main projector choice of the LittleRP is the Acer x1240,”  explained Hill. “Keep an eye out on the pricing as it can often be had for as cheap as $315. For those looking for increased resolution or for a projector solution that doesn’t require user modification, we will be supporting the Acer P1500, a 1080p projector. This projector is often on sale for $600, so if you know this is the route you want to go definitely keep an eye out.

All LittleRP kits will now be upgrade ready to a tilt option which will be available when kits ship,” Hill told us. “The tilt option will increase the surface area of prints to the full build platform and allow more flexibility with resin.

Even though the LittleRP has a 60x40x100mm (even wider for 1080p version) build volume, you can look at it more like available area to space out your models. If the cross section volume of a print is greater than say 25% of the xy build area, then the forces needed will start to cause problems.”

Check out the video below to see the LittleRP SLA 3D Printer in action. As soon as the Kickstarter campaign launches we will keep you updated as always.