The Lithium-air battery looks set to play a large role to in our future of our gadget juice requirements. Offering three times the energy density of the current Lithium-ion batteries in our gadgets. 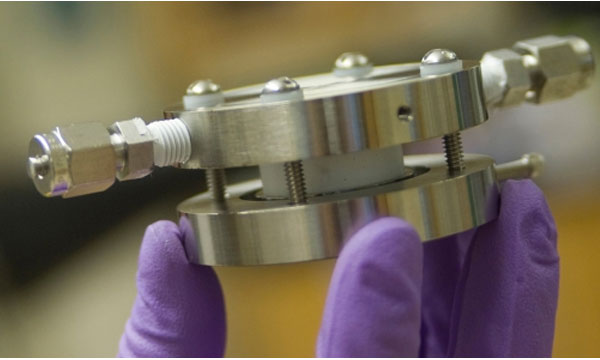 Lithium-air batteries aren’t a commercial reality at the moment as there has been a lack of understanding about the  kinds of electrode materials to use.

However MIT are carrying out research on these areas and hoping to find a less expensive alloy to the currently used electrodes of gold and platinum. MIT  have developed an experimental lithium-air battery which has inlet and outlet on the sides to provide an oxygen flow for the battery’s operation.