With smartphones design becoming ever smaller and packing more into a tighter space, engineers need to find new ways to create smaller and more efective solutions to provide the phones features. One such development is the creation of liquid pistons that have been designed to replace the bulky mechanical autofocus controls on smartphones camera.

A team of engineers at Rensselaer Polytechnic Institute have developed an autofocus system that can focus without any traditional mechanical moving parts. The new technology is called  liquid pistons, watch the movie after the break to learn a  little more. 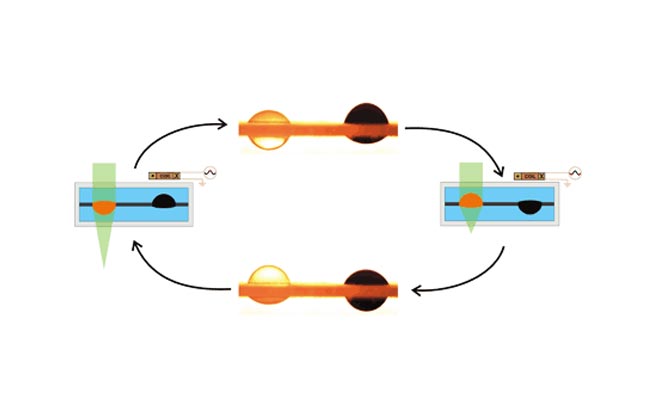 The new liquid pistons use droplets of ferrofluid to deform liquid-based lenses creating the correct focus and are saturated with metal nanoparticles which move when electrically charged allowing the focus to change.

However the new liquid pistons can not only be used in smartphones but can also create mechanical pumps small enough to fit a whole “lab” on a chip.