This Summer Linux turned 20 years old, growing from a hobby coding language into a Linux operating system we all rely on today. Thanks to Linus Torvalds, who made a bold decision to share his operating system with the world, and license it under the General Public License.

As part of the Linux Foundation’s 20th anniversary celebrations, during the recent LinuxCon in July 2011. The Foundation conducted a survey of the attendees and created an interesting infographic showing the changes within Linux and detailing Linux’s growth over the years. Enjoy!

You might also be interested in the  Linux Foundation’s 20th anniversary celebration video, showing how Linux disrupted a market and begun to change the world. 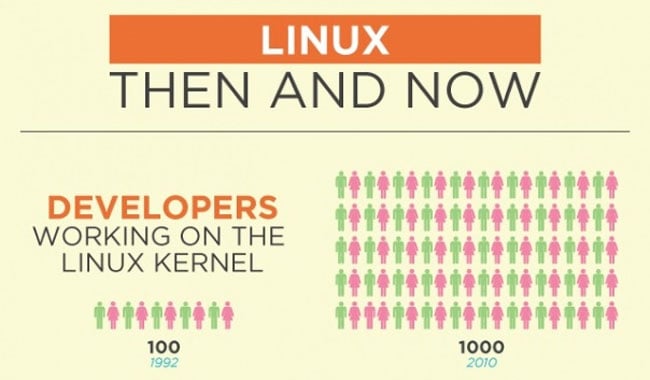