If you are looking for a little extra juice for your device when away from the grid then a new range of portable external battery pack with built-in 5V/2A input speed charge, called Limeade Blast might be worth more investigation.

The Limeade Blast range has just launched on Kickstarter and is available in capacities of 13000 up to 18000mAh , which is capable of charging an iPhone 5 twelve times on a sing charge. Watch the video after the jump to learn more about the Limeade Blast project and see it in action. 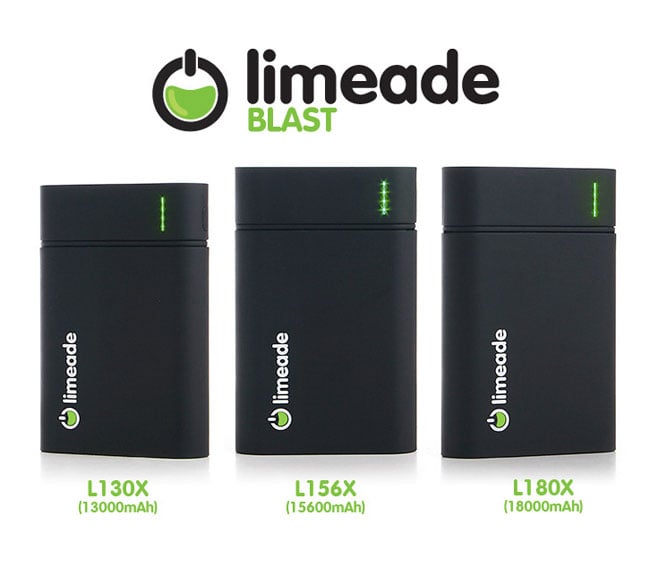 “Current external batteries on the market use standard 1A inputs. Limeade Blast external batteries feature a 2A (industry first!) input meaning the L180X (18000mAh) can be charged in as little as eleven hours.”-“Until now, super high capacity battery packs were too bulky and heavy to be of much use. Each battery in the Limeade Blast series packs a ton of power in a sleek and compact form. Ranging in weight from 11 to 13 ounces, the Blast can easily slip into a backpack, purse, or pocket without weighing you down.”

The Limeade Blast project is currently over on the Kickstarter website looking to raise enough pledges to make the jump from concept to production.