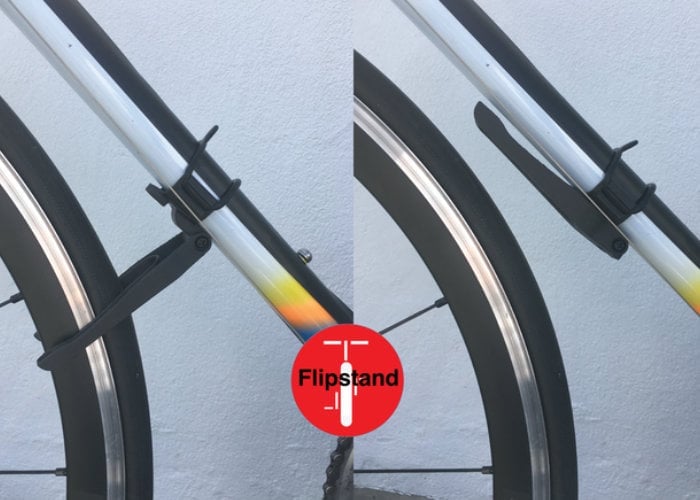 Cyclists searching for a bike stand that allows you to prop your bicycle against walls or other street furniture, maybe interested in the unique Flipstand launched via Kickstarter this month. “To use Flipstand lower the fork component so it is cradled around the tire. That holds the front tire and handlebars in place so the bike can be leaned against anything without the front tire and handlebars spinning.” 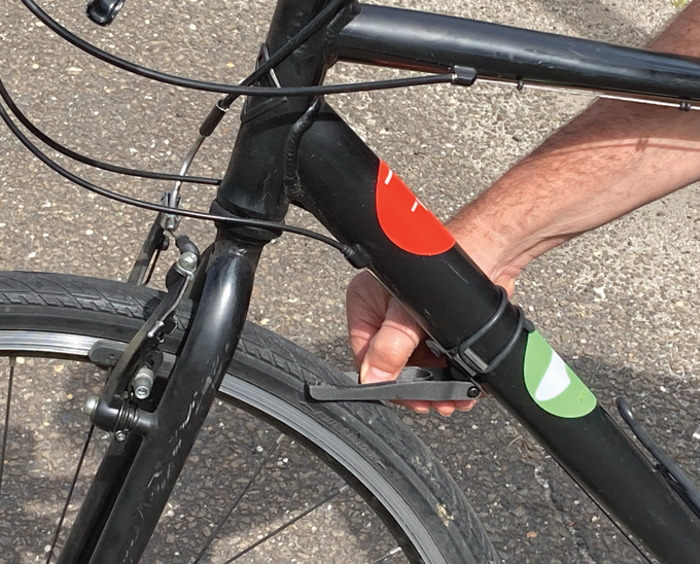 Early bird pledges are now available for the recently launched project from roughly $30 or £23, offering a considerable discount of approximately 16% off the retail price, while the crowd funding campaign is under way. If the Flipstand Kickstarter campaign is successful and production progresses smoothly, worldwide shipping is expected to take place sometime around January 2021. To learn more about the Flipstand project play the promotional video below.

“Flipstand is a bike stand that is full of features and meticulously engineered. It is effortlessly installed, used, and removed when not needed. The weight is 18.25 grams, 10.15 grams less than an ounce! It is designed from the ground up to be the best bike stand on the planet. “ 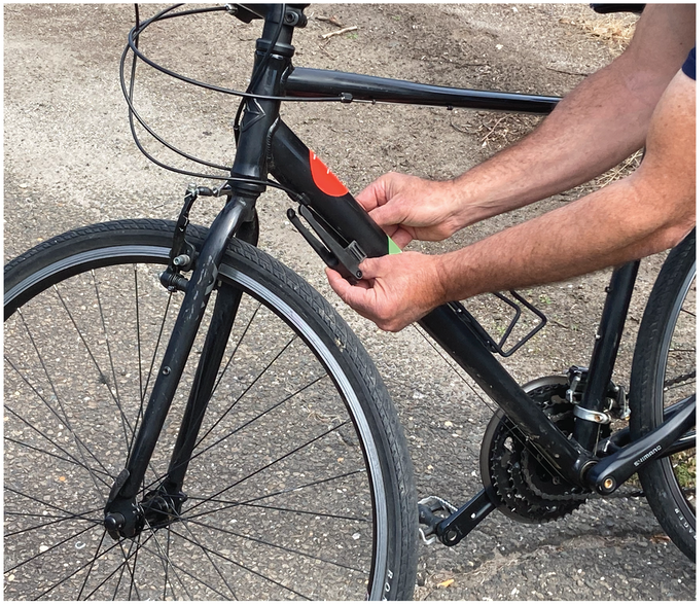 Flipstand holds the front tire in line with the bike frame, this makes the bike a rigid plane, allowing it to be leaned against anything without it tipping over say its creators. For a complete list of all available project pledges, stretch goals, extra media and full specifications, jump over to the official Flipstand crowd funding campaign page by following the link below.