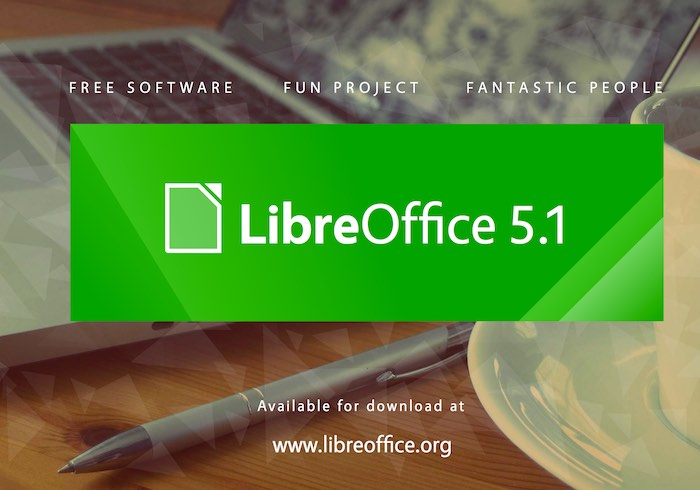 A new update for LibreOffice has been rolled out this week and is now available to download as version LibreOffice 5.1 which is supported by Windows, Linux and Mac operating systems.

LibreOffice has been downloaded a massive 120 million times since the launch in January 2011 and offers and open source office suite ad now has a completely new user interface (UI) for users to enjoy.

New features and changes within LibreOffice 5.1 include :

– User Interface: LibreOffice 5.1’s user interface has been completely reorganized, to provide faster and more convenient access to its most used features. A new menu has been added to each of the applications: Style (Writer), Sheet (Calc) and Slide (Impress and Draw). In addition, several icons and menu commands have been repositioned based on user preferences.

– Interoperability: Compatibility with proprietary document formats has been improved, as a part of the ongoing effort for a better interoperability with other productivity software. In addition, filters have been added for Apple Keynote 6, Microsoft Write and Gnumeric files.

– File Access on Remote Servers: Files on remote file servers such as Sharepoint, Google Drive and Alfresco can now be accessed from the File menu, with read and write options, without the need of a dialog window.

For more information on the new LibreOffice 5.1 update jump over to the official LibreOffice website for details via the link below.