LG unveiled their new 55 inch OLED TV at CES in January and now they have announced that their new HDTV will start shipping in South Korea next week, it is also scheduled to launch in the US next month and will retail for $11,999.

LG have announced that they have already received over 100 pre-orders of their new 55 inch OLED TV in South Korea, we wonder how many they will sell when it launches next week. 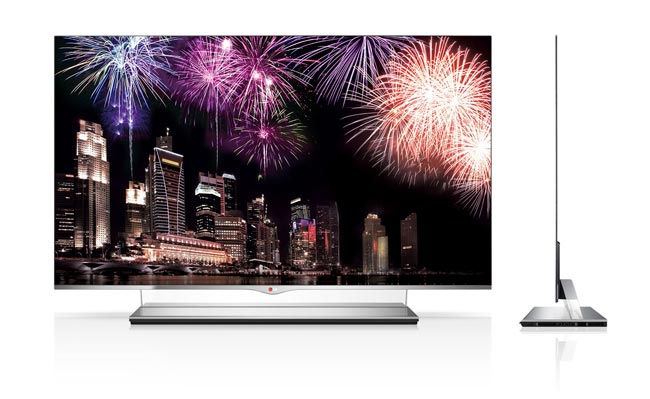 LG’s 55 inch OLED TV is just 4 millimeters thick and weighs in at just 22 pounds, and it uses a four color pixel system which includes a white pixel along with the standard red, green and blue pixels.

Whilst it will launch in the US in March there are no details as yet on whether LG plans to launch this 55 inch OLED HDTV here in the UK or the rest of Europe, as soon as we get some more information we will let you guys know.