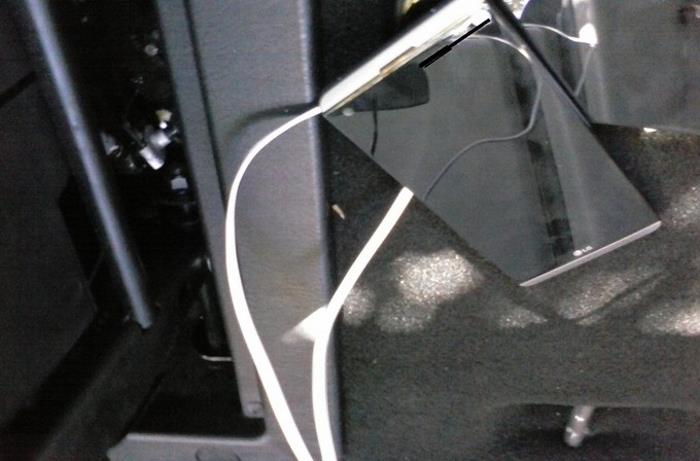 LG is rumored to launch the highly anticipated LG V20 smartphone, which is expected to be one of the first devices with Android 7.0 Nougat on board.

We’ve already seen some press renders of the alleged LG V20, and today, the handset was spotted at the in the wild, showing us the handset in all its glory.

Taking a closer look at the handset in the image, it looks quite similar to the handset we’ve seen previously in leaked renders.

As for specifications, the handset is expected to come with a 5.5-inch display sporting a resolution of 2560 by 1440 pixels resolution. The handset is rumored to come with Qualcomm Snapdragon 820 processor paired with 4GB of RAM, 21MP camera for photos and videos, 8MP front-facing camera, a massive 4,000 mAH battery to make sure there’s enough juice for the handset and is expected to ship with Android 7.0 Nougat as its operating system out of the box.

The handset carries flagship specifications and is expected to make an appearance at IFA 2016 in Berlin next month. We’ll update you as soon as we get to hear anything more.