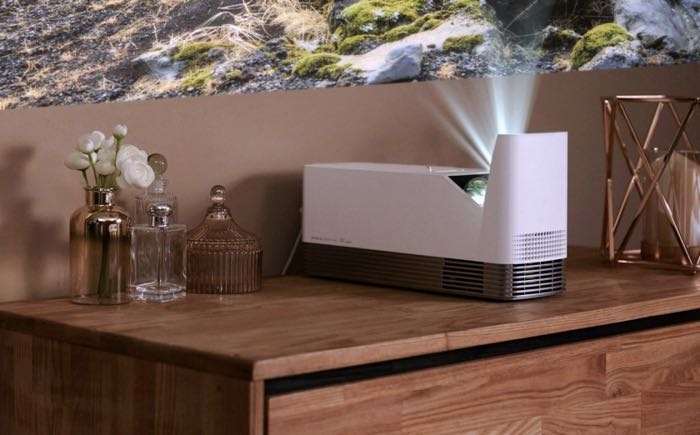 The LG ProBeam UST is an ultra short throw projector and it will offer Full HD video in 1080p and can project a screen up to 100 inches.

The LG ProBeam UST offers a host of options to connect it to a number of wireless speakers or headphones. Its four corner keystone feature corrects both horizontal and vertical distortion of the picture providing maximum flexibility to position the ProBeam UST in ways that other projectors could only dream of. And this premium device comes with LG’s award-winning webOS Smart TV platform, giving viewers access to the ever-growing number of streaming services.

The LG MiniBeam is an incredibly easy to use portable projector also set to debut at IFA 2017. An HD projector with a built-in battery that lasts up to four hours, the MiniBeam packs plenty of cord-free power to play back two full-length movies while camping, sitting on the patio or relaxing in a hotel room. One of its most impressive features, Multi-Angle Projection, allows the device to be tilted up to 70 degrees to display an image high on a wall or even on the ceiling without the use of a tripod.

You can find out more information about these new LED projectors over at LG at the link below. We will have more details on each model when they launch at IFA next month.