LG have launched their new Smart TV ST600 Upgrader that transforms your basic TV into a smart TV adding the ability to watch Netflix, Vudu, Pandora, YouTube, CinemaNow, Hulu Plus, Amazon VOD, NHL GameCenter, NBA Game Live, and MLB.TV together with access to the Internet.

LG haven’t detailed what web video formats will be supported by the Smart TV ST600, but it will be able to be controlled by a free iPhone/Android app, which will enable text input using your phone’s keyboard. The Smart TV Upgrader is also DLNA-compliant, allowing you to stream music, photos, and videos from a connected computer.

Watch the video for a short introduction at this years CES where LG showcased the new Smart TV ST600 Upgrader. 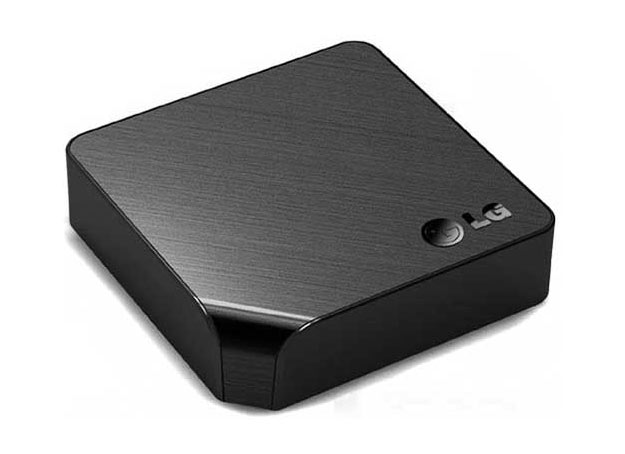 When released the new LG Smart TV ST600 is expected to be priced under $100 to compete with the established competitors currently in the market, such as the Roku XDS, Apple TV, and Sony SMP-N100.