At CES this week LG has unveiled a new fitness tracking device called the LG Smart Activity Tracker, which looks as though its taken its inspiration from the Nike+ Fuelband.

LG has packed a huge amount of technology into their fitness tracking wristband take cues from their competition and combining the features into one wrist worn device. Watch the video after the jump to see it in action. 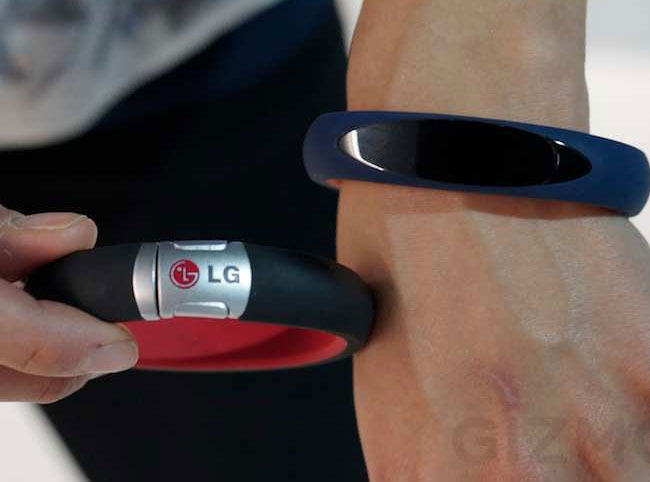 The LG Smart Activity Tracker is equipped with an accelerometer and GPS tracker to measure your activity, and known your location, and speed of travel. Once you have competed your day you can sync your data back to your smartphone for analysis, and provides two way communication with your smartphone unlike other devices. Alerting you to text messages and calls on your wrist.

The Mobile Syrup website created a quick hands-on video below and explains: “The device connects to an app called “Fitness Fan” on your smartphone/SmartTV and is compatible with Android and iOS. The touchscreen display itself tracks all your movements (walking, dancing, jogging) and keeps track of your calories, distance and time you’ve travelled, plus your speed. In addition, the Smart Activity Tracker syncs with your phone to show your missed calls, texts and can also be your media player as you can view or change the songs your listening to. The Smart Activity Tracker charges by USB and lasts for 3 days.”