LG Electronics have today announced they will be delivering a new LG Pad tablet Android device in early 2011. The new LG Pad will be launched in the first quarter of 2011 to co-inside with Googles launch of its Android Honeycomb software. 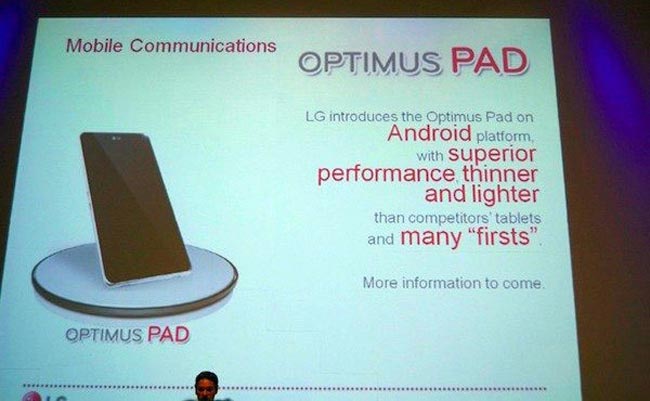 The LG Pad will be running Android Honeycomb and be fitted with a NVIDIA Tegra 2 Dual Core Processor together with a 8.9 inch touch screen.

The NVIDIA Tegra 2 processor combined with the PC-version Android OS will definitely give the LG Pad a powerful system to rely on and with its 8.9 screen it has placed itself in the middle of both the iPad and Galaxy Tab tablet. Have a look and our article on Android vs iPhone to see which smartphone and mobile platform is best for you.