It looks like LG is about to launch a new smartphone with a 5 inch display, the LG Optimus Vu, which along with the 5 inch multi-touch display will come with a 5.3 aspect ratio.

LG has released a video teaser of the Optimus Vu, which you can see below, and we will probably see the device unveiled at Mobile World Congress 2012 later this month. 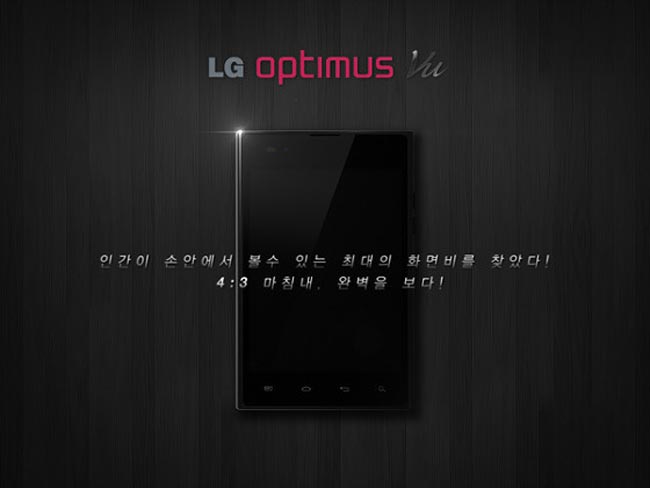 LG hasn’t released any specifications on the Optimus Vu, although the device is rumored to feature a 5 inch IPS display with a resolution of 1024 x 768 pixels.

Other rumored specifications on the LG Optimus Vu include a dual core 1.5GHz Snapdragon processor and 1GB of RAM, plus 8GB of built in storage and a microSD card slot.

The device is also reported to come with an 8 megapixel camera, support for NFC and Android 2.3 Gingerbread, as soon as we get some more information on this new Android smartphone we will let you guys know.