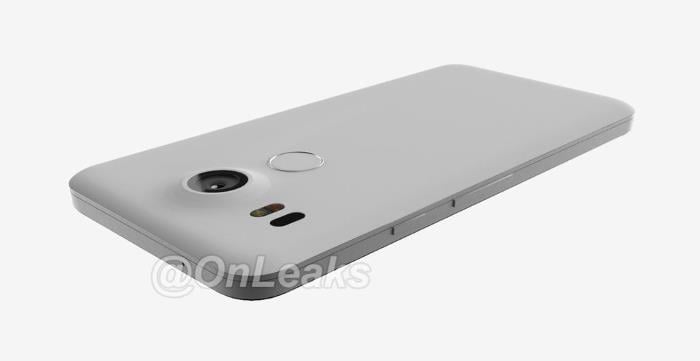 We’ve seen a handful of leaks related to the upcoming Nexus devices. Most of the rumors hint that Google is planning to launch two new Nexus devices this year, one from LG and the other from Huawei.

Earlier today, a rumor suggested that LG Nexus 5 (2015) will see the light of the on September 29th, and now a press image showing the back of the device has leaked.

The image comes from a reputed leaked @OnLeaks, who has a decent track record when it comes to information about unannounced products. The above images goes well with what we’ve heard about the handset in the past, that is, a protruding camera along with an LED flash and what appears to be an infra-red focus, as well as a fingerprint sensor on the back.

As far as other specifications are concerned, the alleged device is said to come with a 5.2-inch display sporting a resolution of 2,560 by 1,440 pixels resolution, a Qualcomm Snapdragon 808 processor, 3GB of RAM, 32GB of internal storage, a 13MP camera, USB Type-C and Android Marshmallow.

We’ll update you as soon as LG and Google the wraps off the handset.