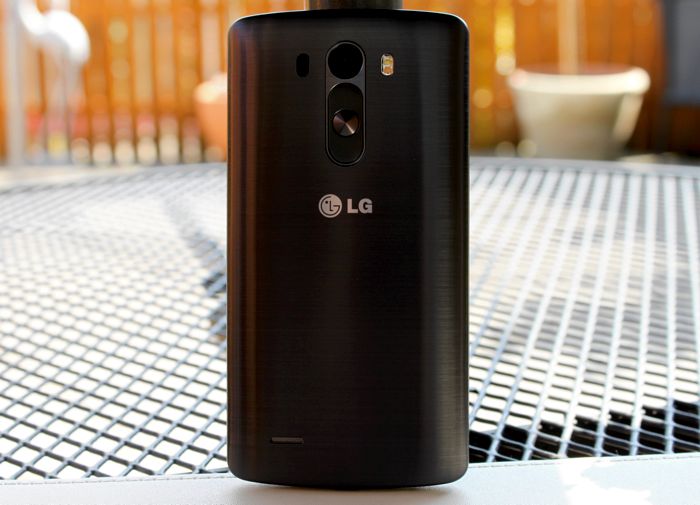 We have been hearing various rumors about the new LG G4 smartphone and have also seen a number of leaked renders for the handset.

Now according to @onleaks, who leaked the renders of the handset recently the LG G4 will have a slightly larger display which measures 5.6 inches, although the resolution is expected to remain the same.

Other rumored specifications on the new LG G4 smartphone include an eight core 64-bit Qualcomm Snapdragon 810 processor and the handset is also rumored to come with 3GB or RAM and a range of storage options plus a microSD card slot.

The LG G4 is also said to come with a fingerprint scanner on the back of the handset which will be located below the rear camera. The rear camera on the handset is rumored to be a 16 megapixel version which is expected to feature Optical Image Stabilization and Laser Auto Focus.

The handset is expected to come with Android Lollipop and LG are rumored to use premium materials for the device, which suggests that instead of a plastic casing the new G4 will come with a metal casing.

The company is rumored to be holding a press event some time in April where their will be unveiling their new flagship Android smartphone, as soon as we get some more details, we will let you guys know.