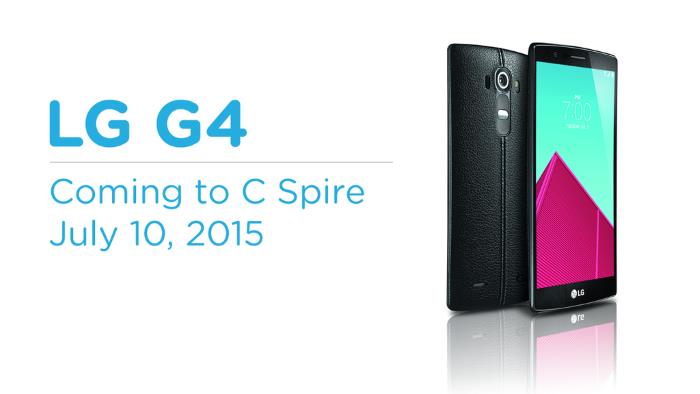 C Spire has announced that the carrier will start selling the LG G4 to its customers on July 10th, as mentioned in a post on Twitter.

Unfortunately, the carrier failed to provide additional details about the handset, including the price it will come with as well as the available color options. It’s likely the carrier will sell the handset for $199 on-contract, which is in-line with other carriers as well.

The LG G4 offers top-of-the-line specifications on board, including a 5.5-inch display sporting a resolution of 2,560 by 1,440 pixels and a Qualcomm Snapdragon 808 processor paired with 3GB of RAM and a massive 3,000 mAh battery to make sure it offers a decent battery time.

Other features include a 16MP camera with optical image stabilization, 8MP front-facing camera, Bluetooth, 32GB of internal storage, microSD card slot and ships with Android 5.1 Lollipop as its operating system.

If you happen to be a C Spire customer looking for a new handset, take a look at LG G4, it’s a great device. We’ll update you as soon as we get to hear about the pricing for the handset on C Spire.