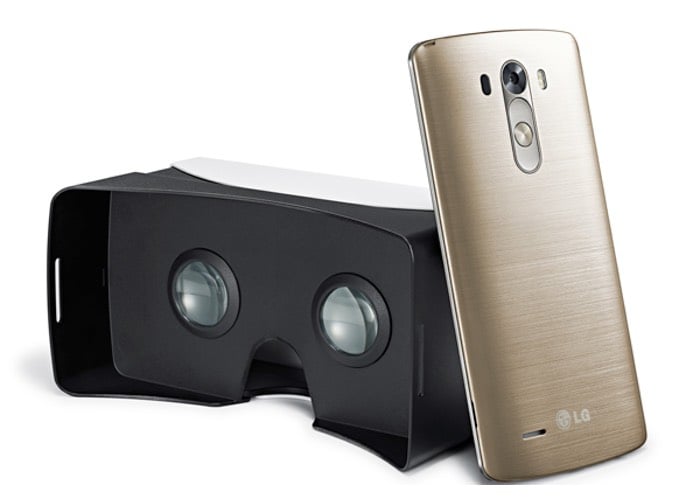 LG has this week unveiled a new LG G3 virtual reality headset they have created with the help of Google to compete with the likes of the Samsung Gear VR headset.

The Gear VR was unveiled by Samsung last year to provide virtual reality environments for user to explore using their range of the latest smartphones for the processing power.

The new virtual reality headset from LG takes on the form of a plastic version of Google’s corrugated board VR headset that was unveiled last year as Google Cardboard, and also follows in the style of the Samsung Gear VR headset.

The LG VR for G3 has been created to enable users to slide in their smartphone for processing VR environments, providing the display and offering access to the G3 smartphone’s volume keys, via specially positioned cutouts.

To re-cap the LG G3 smartphone is Quad HD screen offering users a resolution of 2,560 x 1,440 pixels and is powered by a with options for a 2.5GHz Snapdragon 801 processor supported by 3GB of RAM with 32GB of built-in storage.

Unfortunately no information on pricing or worldwide availability has been released as yet regards the LG G3 virtual reality headset, but as soon as information comes to light we will keep you updated as always. 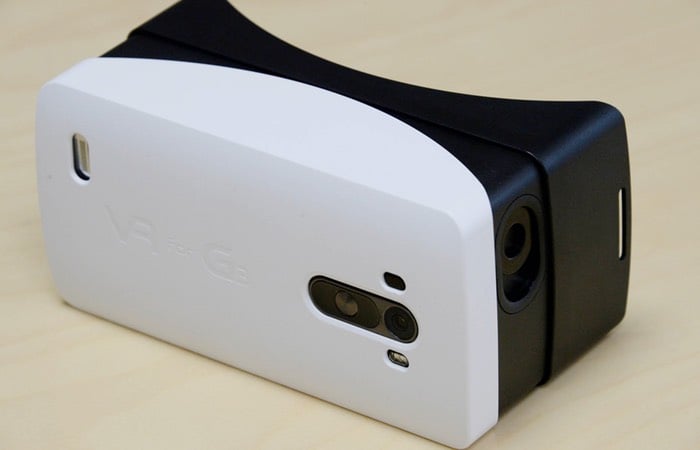